Marijuana For Pain Management – Does it Work? 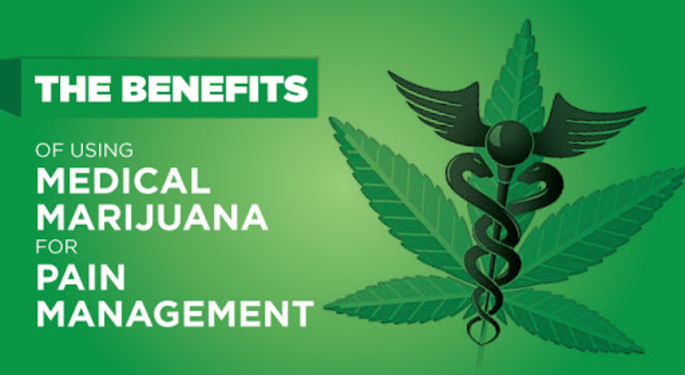 Pain can cause various problems, such as lack of sleep, fatigue, etc. Research says pain can be triggered by injuries, surgeries, migraines, arthritis, nerve damage, infections, and fibromyalgia.

Many use cannabis for pain management. Recent studies show that chronic pain is listed among the top conditions for which people use cannabis. The herb contains cannabinoids, which help in relieving pain by binding to receptors in the endocannabinoid system (ECS). Using a rec letter signed by one of the medical marijuana doctors Oceanside, you can legally access cannabis products for managing your symptoms.

Related- Learn How to Talk to Your Cannabis Doctors

In the past years, cannabis has gained popularity as an effective treatment option for many conditions. With scientific evidence that marijuana can help relieve pain, more patients have started using the herb over traditional treatments.

Endocannabinoids are chemical compounds produced by the body. They stimulate the receptors in different regions, such as organs, the brain, etc. Studies have found that endocannabinoids are similar to cannabinoids present in the marijuana plant. So, the latter can mimic the functions of the former.

Research says that cannabis compounds can help ease pain and inflammation by stimulating the endocannabinoid system.

Studies on Marijuana For Pain Management

There’s a wide range of studies conducted on cannabis use for managing pain. Here are some of them-

In 2015, a review of research on cannabinoids for treating different types of pain was published. Researchers reported that cannabinoids are beneficial in relieving some kinds of chronic pain, such as neuropathy.

A review of studies published between 1975 and March 2018 was focused on evaluating the effectiveness of CBD in chronic pain management. Scientists found that CBD was beneficial for pain relief without causing any side-effects. CBD is a non-psychoactive cannabinoid found in the marijuana plant.

A study published in the Journal of Experimental Medicine reported that CBD can help ease pain and inflammation. Researchers noted that the participants didn’t build up a tolerance to cannabidiol.

A 2017 study published in the journal Pain determined whether CBD could help in preventing osteoarthritis pain and joint neuropathy. Researchers noted that CBD is beneficial for managing these symptoms.

Opioid medications work by interacting with the nervous system. Although they provide pain relief, they are addictive and have various withdrawal symptoms.

Cannabis can be used as a natural alternative to opioid drugs. Scientists have performed many studies on marijuana use for pain management. Here are some of them-

In a 2010 study on cancer-related pain, researchers compared the effects of THC-CBD extract and opioids. They found that the extract delivered better pain management effects.

A survey of 3000 medical marijuana users reported that 81 percent of the participants said marijuana was more beneficial alone than mixing with opioids.

Cannabis is effective in managing pain, inflammation, and various other health issues. Science says that it contains more than 100 cannabinoids, which work by binding to the receptors in the endocannabinoid system of the body. Marijuana can help reduce pain associated with fibromyalgia, arthritis, cancer, etc.

Cannabis for pain management is safer than opioids. It doesn’t cause any health issues such as addiction. There’s anecdotal evidence that marijuana provides better results. However, it’s necessary to learn how to use marijuana for medical purposes. Do comprehensive research and select the right strains, consumption methods, and dosage.

Use telemedicine technology to apply for a new card or renew MMJ card. The process involves three simple steps-

We provide medical cannabis recommendations, marijuana growers license, and cannabis card renewals to patients in Oceanside, California. Get these services from us today and help us provide you with the best health care facilities.

“I used this clinic for getting my medical card through a video call. At first I was skeptical but it is all completely legit! I discussed my issues with the doctor and he did a for me. It was so convenient and fast, I never left my house.”